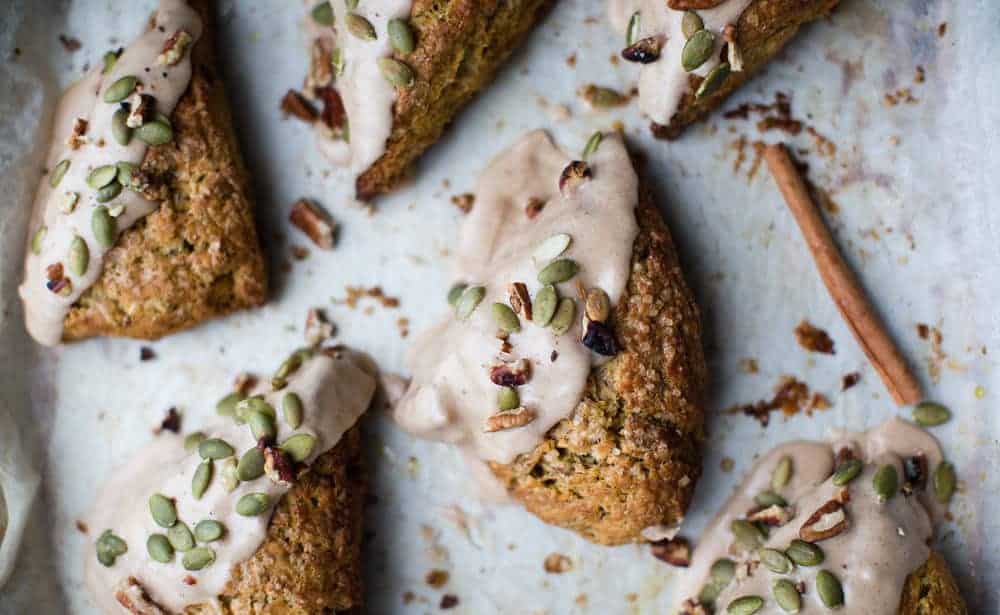 When I moved to Canada, twenty something years ago, I had no idea how to cook. My recipe repertoire consisted of lasagna and spaghetti. That was pretty much it. Montreal, the city that I called home for almost six years, was where my passion for food began and where my eyes and heart opened to the wonderful world of cooking. 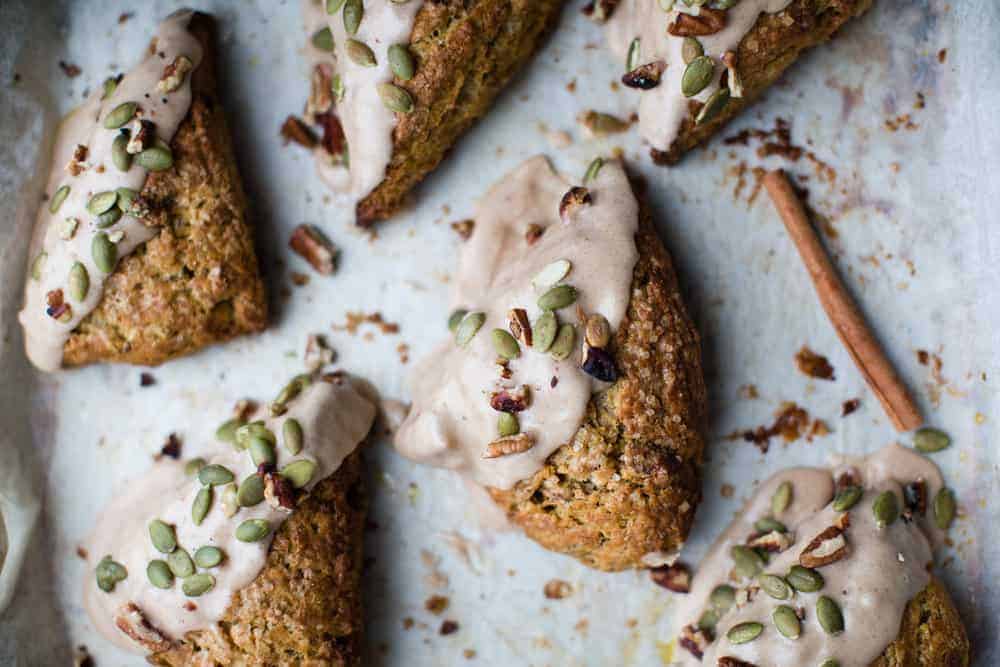 I’m so happy to finally write this post and share with you some BIG news. But first, let’s start from the beginning.

When I moved to Canada, twenty something years ago, I had no idea how to cook. My recipe repertoire consisted of lasagna and spaghetti. That was pretty much it. Montreal, the city that I called home for almost six years, was where my passion for food began and where my eyes and heart opened to the wonderful world of cooking.

I remember being so amazed by how multicultural the city was and how that translated into its strong food scene. In between eating out, visiting the Atwater and Jean Talon markets, cooking and baking became my mantra. I would come home with bags full of ingredients and spend hours in the kitchen trying different recipes and baking cakes. Since then, the kitchen has been my happy place.

One day, my mum came to visit and brought over what would become the first of many cookbooks I own. As my love for cooking grew, so did my cookbook collection. I have to confess that I stopped counting how many I had when it reached 400 (you read that right). My idea of a perfect Saturday evening was sitting in our living room with a stack of books by my side, and spend hours going trough recipes and the stories behind them, fascinated by it all.

I started experimenting with flavours, writing my own recipes, improvising with ingredients I had in our fridge and pantry to make dinner (something that til this day I often do). I also started reading food blogs. Seven Spoons by Tara O’Brady, 101 cookbooks by Heidi Swanson and Sprouted Kitchen are still my favourites.

With each new cookbook came the opportunity to learn more, to explore other cuisines, to try new things and to find that what made me the happiest was cooking with simple ingredients. Those that are comforting, the ones that make you do a happy dance while you are eating them and make my friends and my family happy. Little did I know at the time, that life would take me to a city where amazing food is everywhere, from its street vendors to its well know restaurants. Mexico City opened my eyes to so many different flavour combinations. It was a feast everywhere I would go. Tortilla soup became a weekly thing at home. Quesadillas with blue corn tortillas, zucchini blossoms and the freshest Oaxaca cheese cheese was the girls favourite breakfast. My love of food fully bloomed and I was able to pursue my dream of studying French pastry and bread at Le Cordon Bleu. 6 hours a day for 2 years, baking Genoise, croissants, tarts, opera cakes, macarons, making chocolates and whipping egg whites by hand brought me so much joy. But guess what else it brought? More cookbooks!

Back in Toronto, I decided to start a food blog and post recipes inspired by my travels and kitchen. Every time I would visit a new city, I would come home inspired and ready to put my own take on dishes I had tried. And so a few years ago, the beginning of a dream started to take form. I received an email, followed by a meeting, to see if writing a cookbook would be something that would interest me. My own cookbook. Was I dreaming? Can you imagine my excitement? I think for days I couldn’t wipe the smile of my face. But as it happened, a part of me doubted myself big time. Would I be able to come up with a good proposal? Maybe I was scared? Months went by before I took the courage to actually sit down, develop recipes  I had been dreaming of, and tell my story through them.

I sent the proposal and waited. Barcelona, one of my favourite cities in the world, was where I got the email that my proposal had been accepted (the biggest YAY of life). So today, I want to share with you that I’m currently working on my first cookbook to be published by Penguin Random House Canada in 2019 (talk about a dream publisher!!!). The book will have 100 recipes inspired by my travels, favourite cities around the world, and the recipes that are a staple in my home. I will also be styling and photographing all the images.

I am incredibly grateful to Penguin Random House Canada for this opportunity, to Andrea Magyar, for believing in me. I also want to thank my #1 one inspiration in the food and cookbook world, my friend Tara O’Brady, whose recipes are food for the soul, and whose writing leaves me wanting for her blog posts and articles to never end.

Thanks to my daughters, Isabella and Gabriela, for so much love, for the cuddles and for being the best recipe testers in the world :)To my parents, the most supportive human beings I know. To my partner Warren, for the love and for understanding that I do need all the plates, pots and pans that continue to miraculously appear in the kitchen. Thanks to one of my best friends Lauren McPhillips, who thought me to go for the things I wanted, to be brave and to follow my dreams. To my dear friend Kamran Siddiqi, a baking genius, whose support and advice has been so amazing. To my sisters Pernille and Amy, who are always there with hugs, coffee, wine and advice. A big thank you to buy cousin Sarah Miller, and dear friend Rachelle Saevil who were my rock trough the whole process of creating my cookbook proposal. Thanks to all my readers and the Instagram community for your continued support and encouragement, it has truly meant so much. It’s the people around me that have made my life richer, and it’s cooking, baking and sharing my recipes what I love to do the most.

So to celebrate the news, why don’t we get baking and enjoy some out of this world pumpkin scones? I’ve tweaked this recipe until they finally came out the way I wanted. Crispy on the outside, soft in the inside, and beautifully spiced with cinnamon, ginger and nutmeg. Adding cardamom next time I bake them and see what happens:)

To make them even better, the maple and cinnamon glaze, is what dreams are made of. Sprinkle some pepitas and pecans on top, have a latte or chai nearby and enjoy them warm. And as always, share them with someone you love.

Thanks from the bottom of my heart. 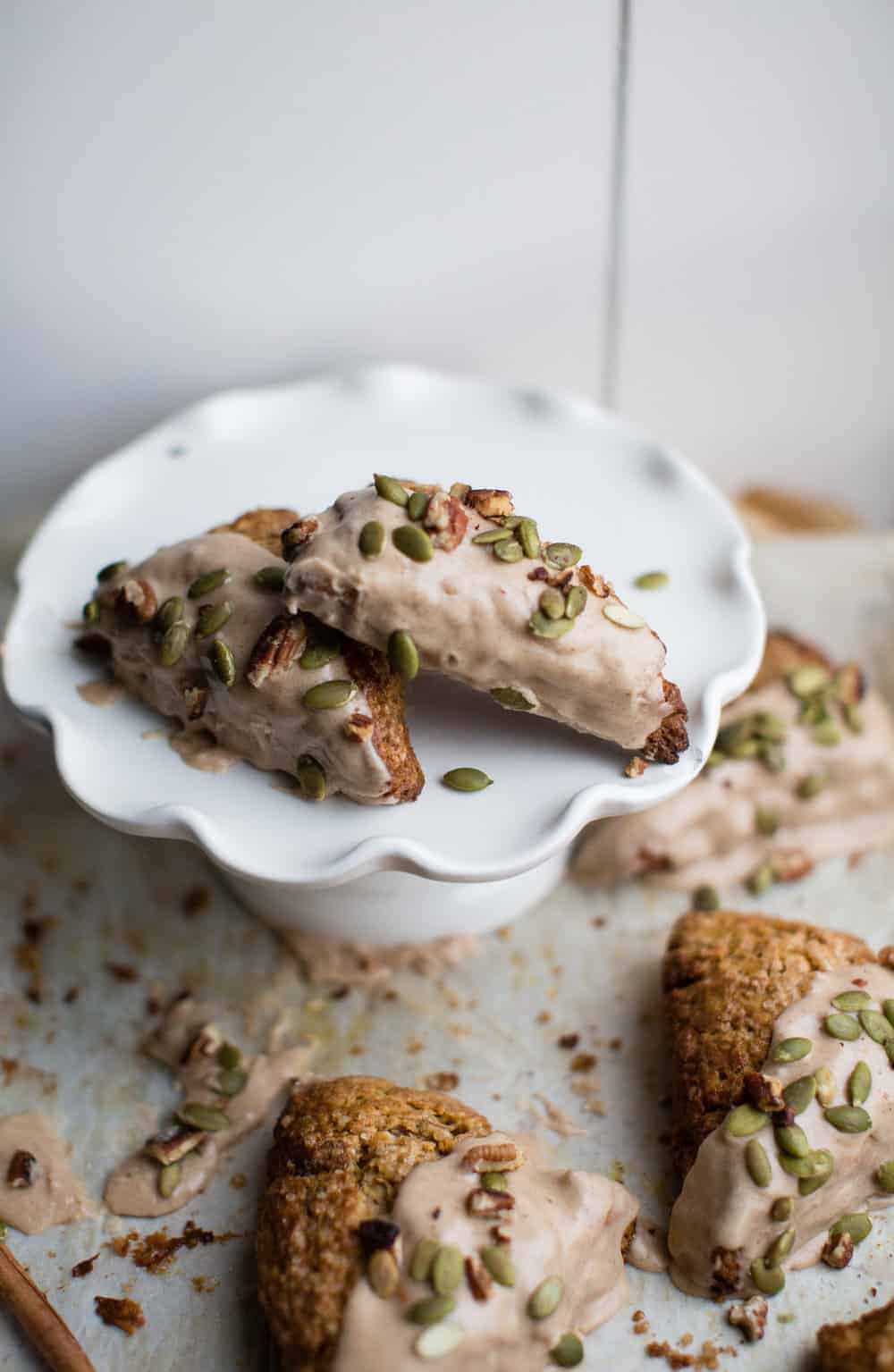 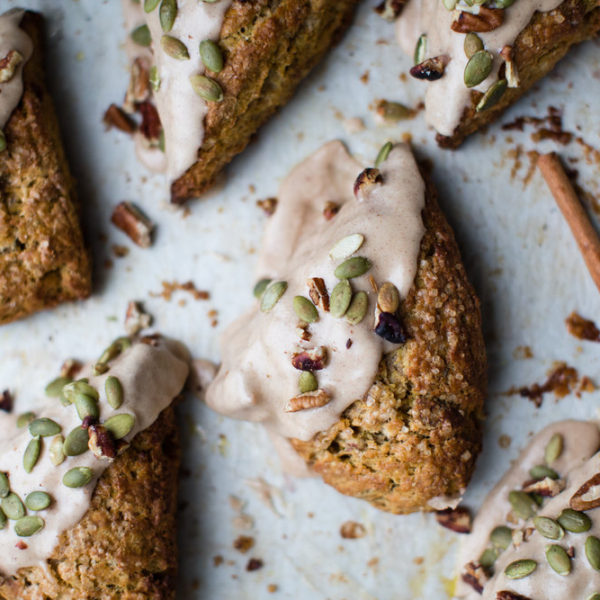 Whisk baking powder, sugar, nutmeg, cinnamon, salt, ginger, baking soda, baking powder and 2 cups flour in a large bowl. Using the large holes on a box grater, grate in butter, tossing to coat in dry ingredients as you go; add chopped pecans. Mix in egg, pumpkin, vanilla extract and ¼ cup buttermilk (if you don’t have it at home, make your own by adding 1 tbsp of white vinegar to 1/4 cup of milk and let it sit for 5 minutes) Transfer dough to a lightly floured surface and pat into a 1½”-thick disk. Cut into 8 wedges; transfer to a parchment-lined baking sheet and freeze until firm, for 30 minutes. Preheat oven to 400° and brush scones with whipping cream, sprinkle with raw sugar (I used turbinado). Bake until golden brown, 25–30 minutes. Wait until they are cooled completely, top with the cinnamon maple glaze. Sprinkle pepitas and pecans on top.

Place all dry ingredients in a medium bowl, add the butter and maple syrup. Whisk until combined. 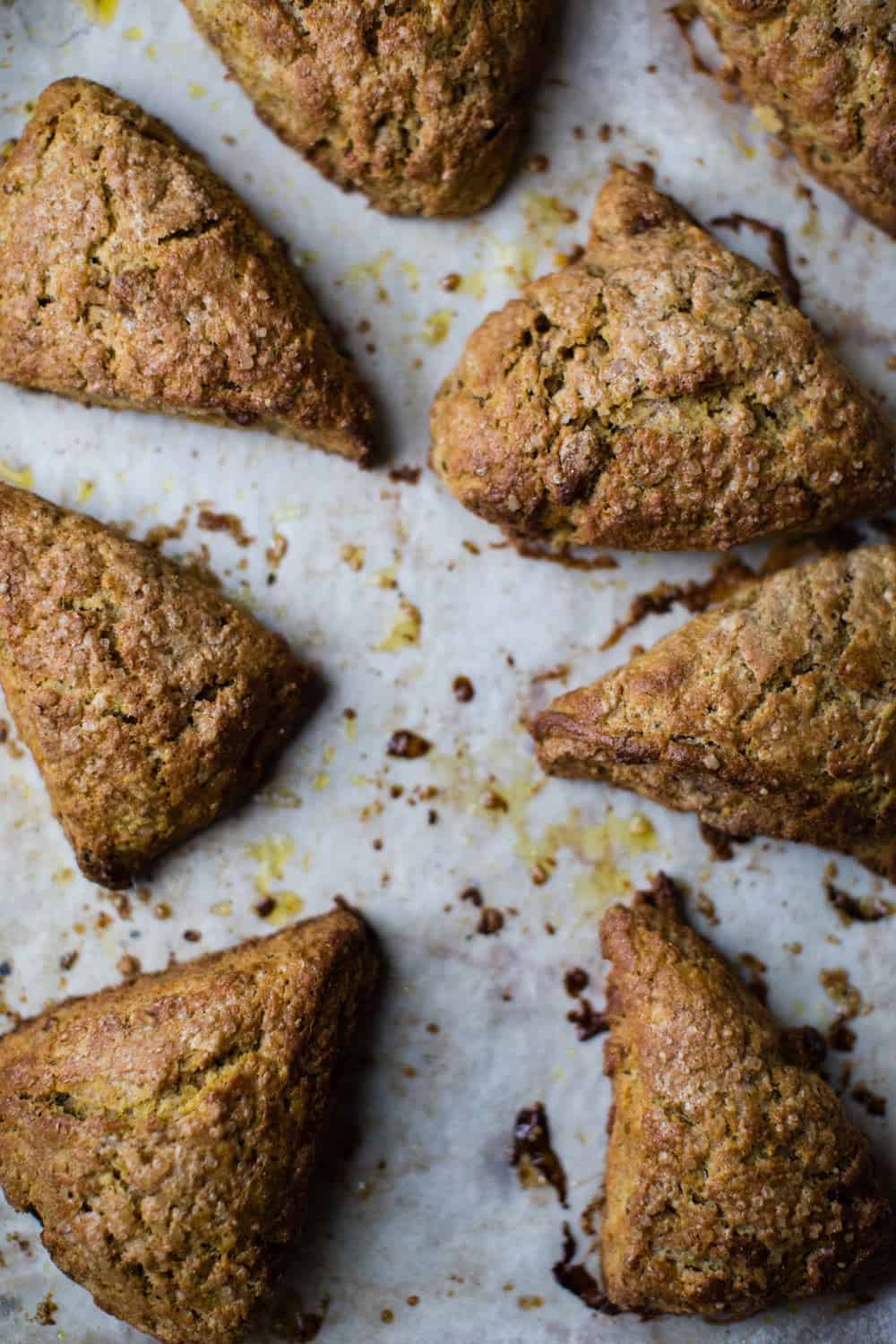 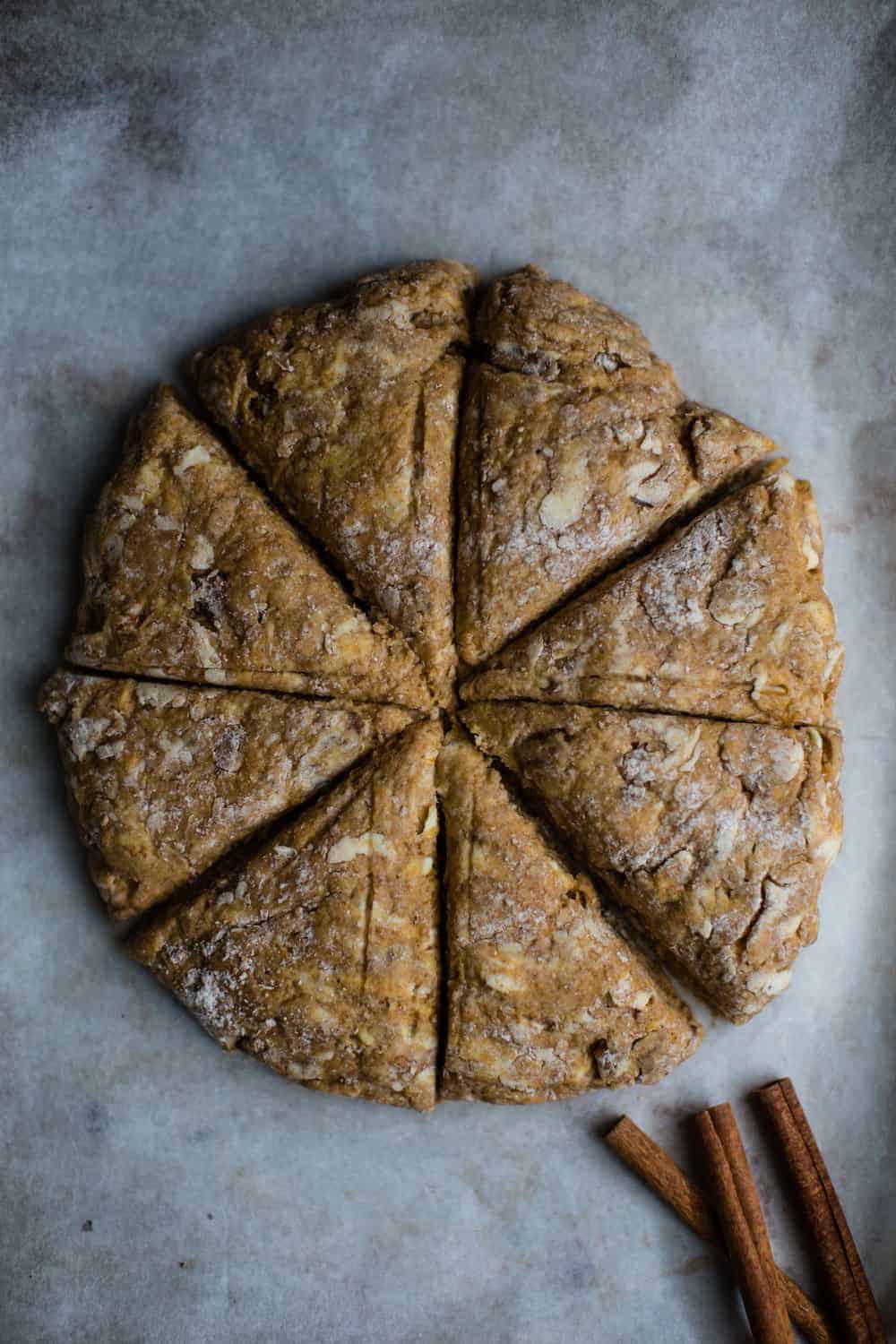 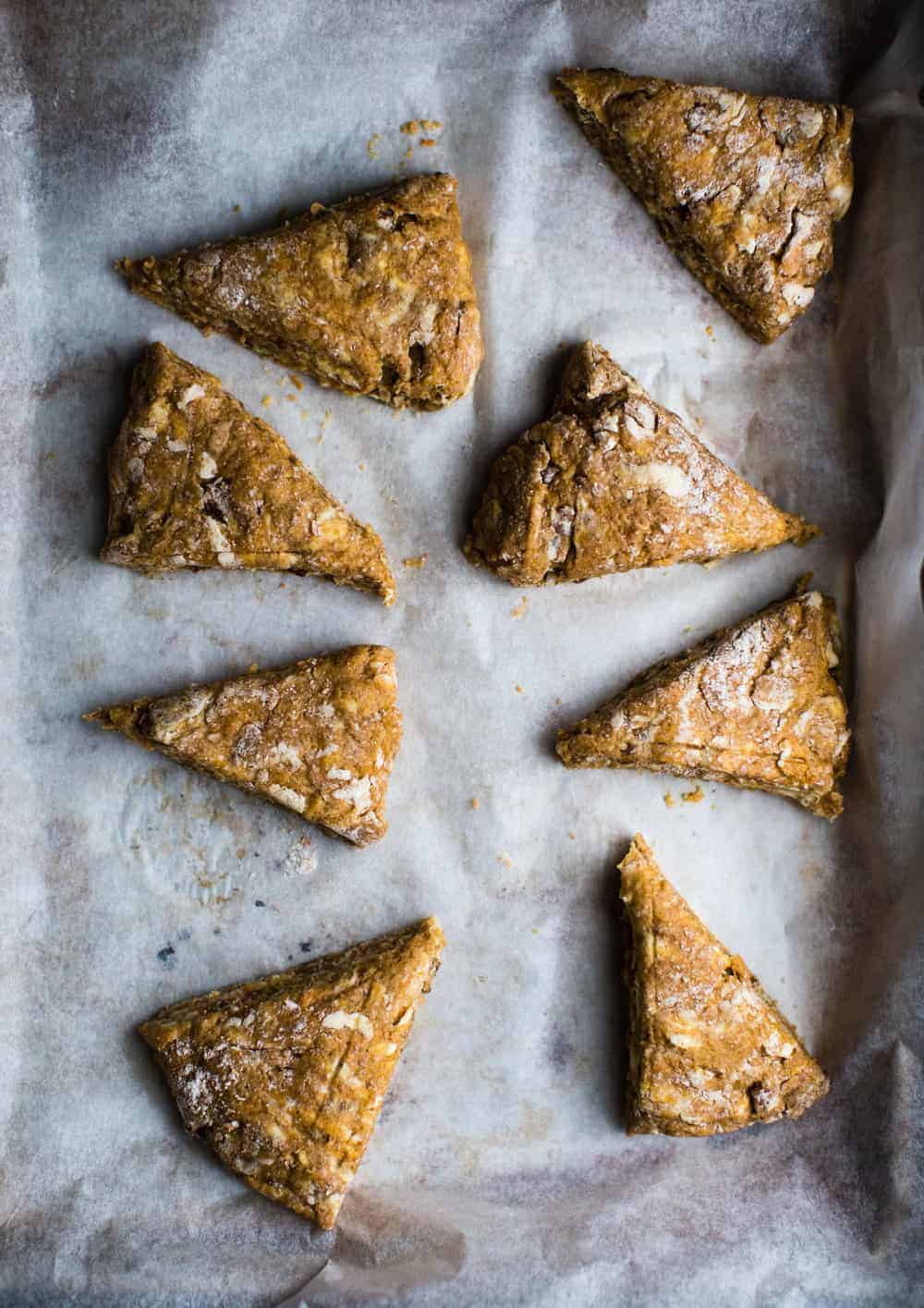 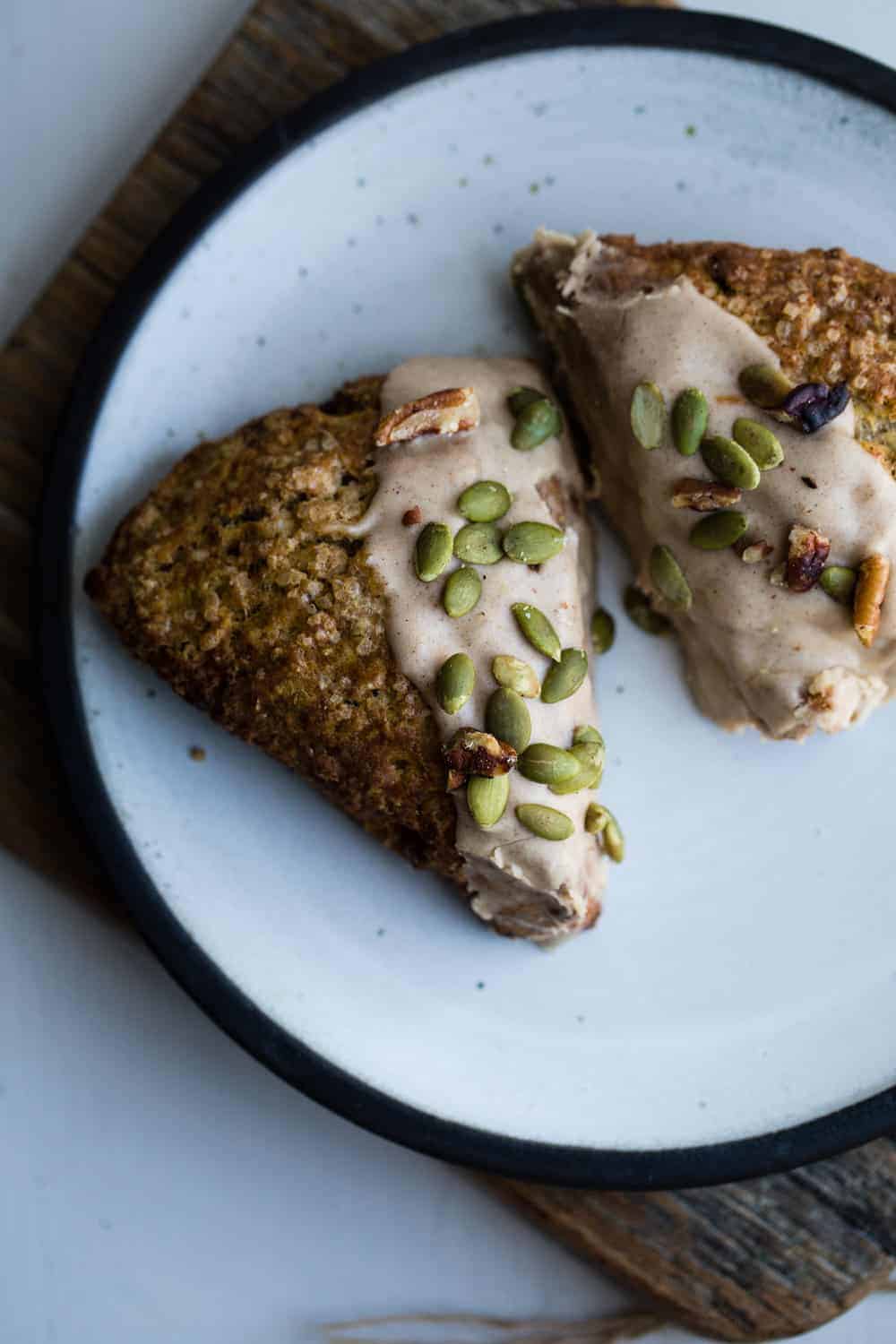 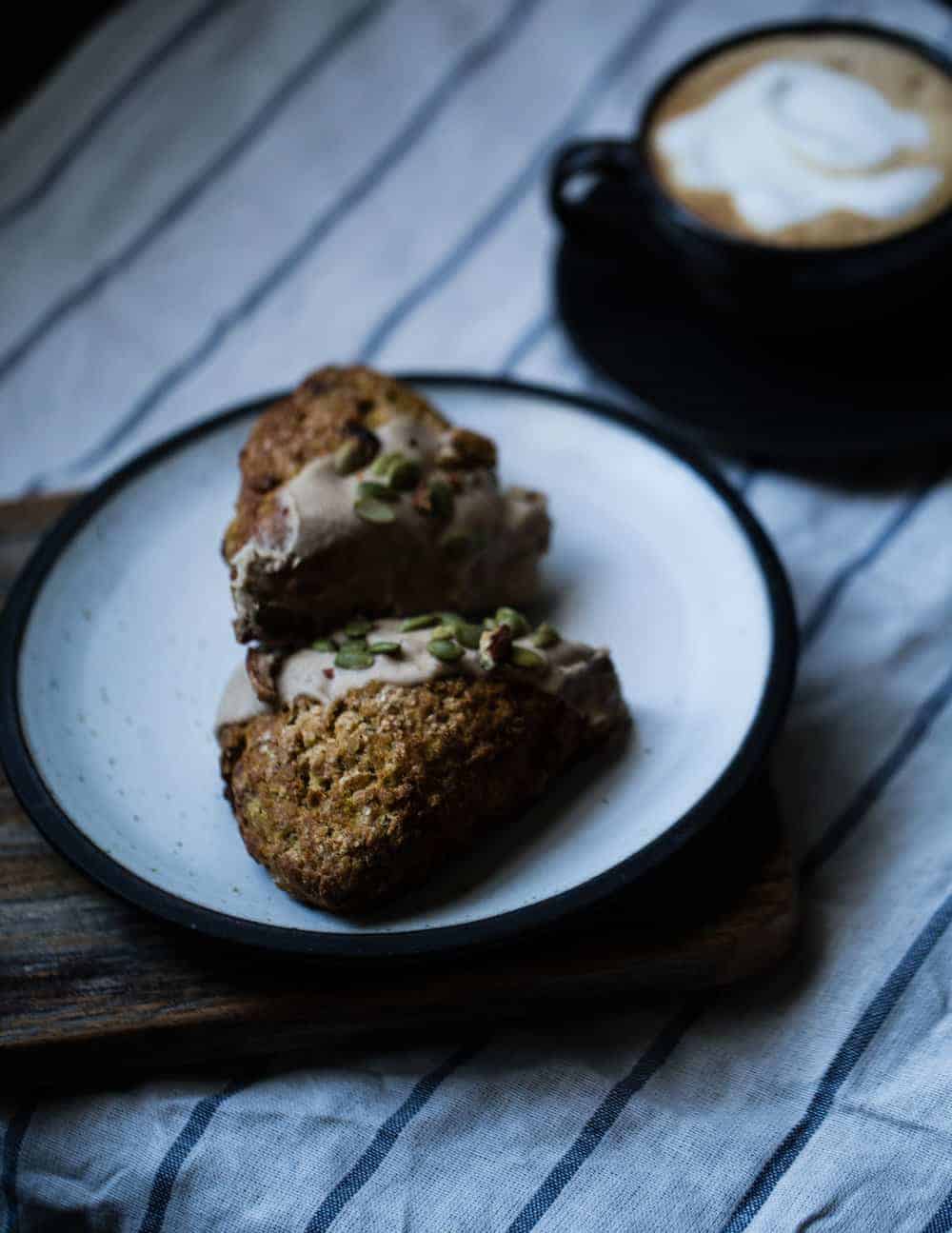 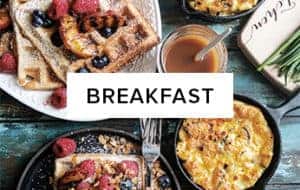 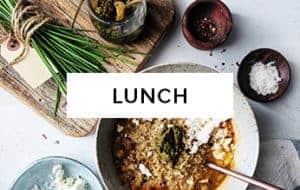 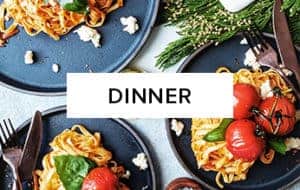 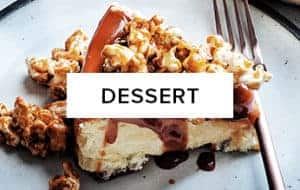